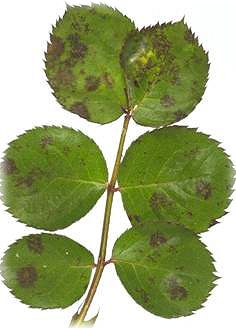 These guidelines are designed to avoid or delay the development of resistance to dodine fungicides in New Zealand. They have been developed from previously published information (Tate et al. 1996) in consultation with the New Zealand agricultural chemical industry (AGCARM) and are based on recommendations from the Fungicide Resistance Action Committee (FRAC) in Europe.

Dodine is a guanidine derivative and acts predominantly as a protective fungicide, but also has a small degree of curative action. Its greatest use is in apples for the control of V. inaequalis (black spot or scab) and it is also used against a limited range of other diseases (Table 1). For apple black spot control it is applied early in the season, just after bud burst, and late in the season, before harvest. Its use when apple flowers or young fruit are present is avoided because it can induce fruit russet.

There is no known cross-resistance between dodine and the other fungicides used in the crops for which dodine is registered.

Resistance to dodine first developed in Venturia inaequalis in the United States and Canada during the 1960s and 1970s where it had been used as the only fungicide in spray programmes for 10 years or more (Jones 1981; Sholberg et al. 1989). Dodine resistance has also been reported from Europe and Australia. In New Zealand, dodine resistance was looked for in a field survey in 1994 (Bakker et al. 1995), but no resistant strains were detected. The maximum number of dodine applications that should be applied per season has recently been reduced from six to three as a result of ongoing international concerns about resistance development in Venturia inaequalis.