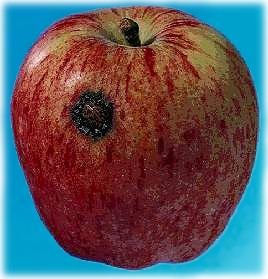 There are several possible reasons why a fungicide applied to a crop might fail to control disease:

Fungicide resistance is usually not the reason for disease control failure but does sometimes occur. Fungicides at risk from resistance are mainly the synthetic ones developed since the 1970s that are specific in the way they affect their target fungi. Many older fungicides, such as captan, thiram, mancozeb, metiram, copper and sulphur, which have a non-specific mode of action and are active against a broad spectrum of diseases, are not considered to be at risk from resistance development in fungi.

Fungicides are grouped according to the way in which fungal pathogens develop resistance to them (cross resistance groups), rather than by their chemical structures. The fungicide groups discussed in these resistance management strategies are those recognized by the European Fungicide Resistance Action Committee (FRAC) and the equivalent North American committee (NAFRAC).

Instances of resistance in New Zealand have been recorded to the following fungicide and bactericide groups:

Fungicide groups considered to be at risk from resistance development, but to which resistance has not yet been recorded in New Zealand, include:

Although there are instances around the world of pathogens developing resistance to particular fungicides, there are no groups of fungicides that have completely gone out of use because of resistance. Resistance can often be managed because the resistance of pathogen populations often decreases if use of the at-risk fungicide is reduced for stopped - see the section on management principles.