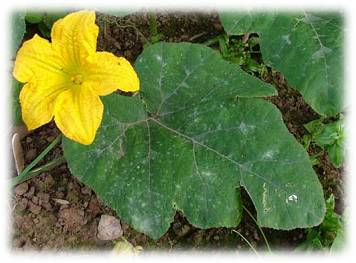 These guidelines are designed to avoid or delay the development of resistance to the morpholine group of fungicides in New Zealand. They have been developed from previously published information (Beresford et al. 1996) in consultation with the New Zealand agricultural chemical industry (AGCARM) and are based on recommendations from the Fungicide Resistance Action Committee (FRAC) in Europe.

Morpholine fungicides have protective and systemic activity and a site-specific mode of action that inhibits sterol biosynthesis. The mode of action is different from that of the demethylation inhibitor (DMI) fungicides, which are also classified as sterol biosynthesis inhibitors. Morpholines are useful for controlling powdery mildew diseases on a wide range of crops and for controlling a range of cereal foliar diseases (Table 1). The morpholine fungicides, fenpropimorph and tridemorph, that were previously available in New Zealand, are no longer available and two further ones, fenpropidine and spiroxamine (Impulse), are under evaluation for use in New Zealand.

There are at present no records of morpholine resistance in New Zealand, and evidence from overseas suggests that although resistance can be selected in the laboratory, this group of fungicides is not at a high degree of risk from resistance development. Morpholines have been used for more than 25 years in Europe for barley powdery mildew control and there are no reports of loss of efficacy in the field (Hollomon 1994). For wheat powdery mildew, there is evidence of a decrease in sensitivity to fenpropimorph in Europe, but no reported control problems (Readshaw & Heaney 1994). Tridemorph is used for control of black sigatoka disease (Mycosphaerella fijiensis) in bananas, but a recent survey found no evidence of sensitivity changes in South and Central America (Cronshaw et al. 1994).

Do not apply excessive numbers of applications of morpholine fungicides. Adhere to manufacturers' recommendations for application rate and timing for specific products. Reduced-rate applications should be avoided. Apply morpholines preventatively when disease levels are low.

Product labels should include a statement indicating that there is a risk of resistance development if excessive numbers of morpholine applications are made.

This resistance management strategy has been compiled with assistance from Jack Richardson (Agcarm Inc.) and Max Moore (Bayer CropScience).