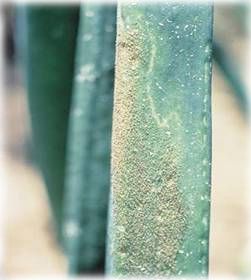 These guidelines are designed to manage or prevent the problem of resistance to phenylamide (previously known as acylalanine) fungicides in New Zealand. They have been developed from previously published information (Elliot et al. 1988, Moore et al. 1999) in consultation with the New Zealand agricultural chemical industry (Agcarm Inc.) and are based on recommendations from the Fungicide Resistance Action Committee (FRAC) in Europe.

Phenylamide fungicides are highly active against oomycete plant pathogens, e.g. Phytophthora and Pythium diseases and downy mildews (Table 1). They have been in commercial use since 1978. Phenylamides are rapidly absorbed into plant tissue and are translocated acropetally within the plant. They have a site-specific mode of action, inhibiting rRNA synthesis in the target fungi. They show no cross-resistance with other fungicide groups, but there is crossresistance among all the active ingredients within the phenylamide group. In the mid 1990s it was discovered that one of the two isomer constituents of metalaxyl was more active than the other and the active one was introduced commercially as metalaxyl-M (mefenoxam) in 1996 (Table 2).

Resistance has been recorded in New Zealand to metalaxyl (including metalaxyl-M) in Phytophthora infestans in potatoes (Hartill et al. 1983) and in Peronospora viciae in peas (Falloon et al. 2000). Overseas, resistance has also been recorded in Bremia lactucae, Peronospora destructor, Peronospora parasitica, Plasmopara viticola, Phytophthora cactorum and Pseudoperonospora cubensi. It is important to heed resistance management guidelines in New Zealand to prevent resistance developing in any of these pathogens here. Adherence to resistance management guidelines in the UK and Europe for Phytophthora infestans and Plasmopara viticola appears to have limited the build-up of resistant strains, allowing continued effective use of these fungicides in potatoes and grapes. Resistant strains appear to survive less well than sensitive strains in the absence of phenylamide use. The mode of resistance to phenylamides may involve one or two major genes and potentially several minor genes. The site of mutation involved in resistance has not yet been mapped.

Product labels for products that contain phenylamides should include an appropriate statement about resistance management.

Hartill WFT, Tompkins GR, Kleinsman PJ 1983. Development in New Zealand of resistance to dicarboximide fungicides in Botrytis cinerea, and to acylalanines in Phytophthora infestans, and to guazatine in Penicillium italicum. New Zealand Journal of Agricultural Research 26: 261-269.