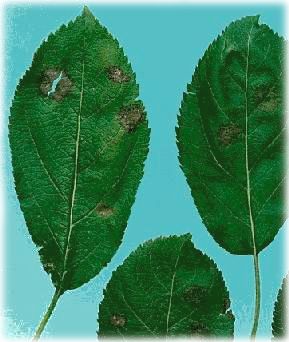 These guidelines are designed to manage or prevent the problem of resistance to QoI (also known as strobilurin or STAR) fungicides in New Zealand. They have been developed from previously published information (Beresford et al. 1999) in consultation with the New Zealand Association for Animal Health and Crop Protection (AGCARM) and are based on recommendations from the Fungicide Resistance Action Committee (FRAC) in Europe.

QoI fungicides are synthetic derivatives of naturally occurring strobilurin compounds and are active against a broad spectrum of fungi (Table 1). They have a site-specific mode of action that inhibits fungal respiration at the Quinone "outside" (Qo) binding site of the cytochrome bc1 complex. The site-specific mode of action means they are at risk from the development of resistance in the target plant pathogens. QoIs are not cross-resistant with other fungicide groups, but there is cross-resistance among all the active ingredients within the QoI group. QoIs were first introduced into New Zealand in the late 1990s. Of the active ingredients so far developed (azoxystrobin, dimoxystrobin, famoxadone, fenamidone, fluoxastrobin, kresoxim-methyl, metominostrobin, orysastrobin, picoxystrobin, pyraclostrobin and trifloxystrobin), five are commercially available in New Zealand (Table 2). The range of pathogens against which the various QoI compounds are effective differs with the compound.

Instances of QoI resistance have been confirmed in New Zealand

Overseas, several instances of reduced sensitivity or field resistance have been recorded:

For these diseases FRAC considers it mandatory to use QoI fungicides in mixture with a fungicide from a different cross resistance group.

Apply a maximum of three QoI fungicide-containing sprays per season or per 12 month period, unless otherwise indicated for specific crops (Table 3). Whenever practical, use in mixture with effective partners from different cross-resistance groups. Apply QoI fungicides according to manufacturers' recommendations for the target disease and crop. Effective disease management is critical in delaying the build-up of resistant pathogen populations. Different QoI active ingredients applied in one season count towards the maximum numbers of applications recommended for a given crop. Use application rates recommended by the manufacturer in order to ensure good disease control and resistance management. The FRAC QoI working group is concerned with the trend towards the application of decreased dose rates. Apply the QoI fungicide preventively or as early as possible in the disease cycle. Do not rely only on the curative potential of QoI fungicides.

The rapid increase in the number of label claims for QoI use in New Zealand, together with the known high resistance risk, dictates that QoI resistance management guidelines must be strictly adhered to. Product labels for products that contain QoIs should include an appropriate statement about resistance management.