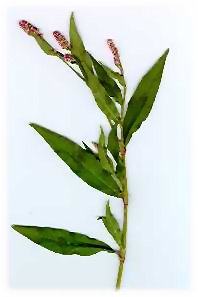 As discussed in the page on general principles of herbicide resistance, the evolution of herbicide resistance is less common than for insecticides and fungicides, and also is less common in New Zealand than other countries such as Australia.  If weeds don’t die after being sprayed with herbicides in New Zealand, it is often either because the weed species present were never susceptible to the herbicide anyway (because no herbicide kills every weed species), or there have been problems with the application, such as incorrect application or poor growing conditions.

However, herbicide resistance has evolved here at times.  Below is a brief summary of the cases known about in New Zealand then we have a number of pages linked below that give advice on how to avoid herbicide resistance from occurring and how to deal with it when it does happen.

NZ populations of fathen and willow weed developed resistance to triazines such as atrazine, terbuthylazine and cyanazine in maize fields in the late 1970s. Initially this resistance was detected in Waikato maize, but is now more widespread. Other cases of triazine resistance have developed more recently, such as black nightshade resistant to terbuthylazine and cyanazine in pea crops in Manawatu.

Until the 1980s, it was thought herbicide resistance was likely to develop only with residual compounds such as the triazines because of the prolonged selection pressure they apply to germinating seeds. Many people believed it would not be a problem with knockdown herbicides such as paraquat and 2,4-D, because they have no effect on seedlings which germinate after the herbicide has been applied.

However, in New Zealand, resistance to MCPA and 2,4-D was discovered in nodding thistle, slender winged thistle (Carduus pycnocephalus) and giant buttercup in the 1980s. Resistance to dalapon has also been found in Chilean needle grass biotypes. Dicamba has been used for many years to treat triazine-resistant fathen, but now fathen has developed resistance to this herbicide as well. Onehunga weed has developed resistance to clopyralid and other closely related herbicides in turf in several parts of New Zealand. Black nightshade treated with paraquat in kumara crops has become resistant to this herbicide.

In USA and elsewhere in the world, resistance has developed quite rapidly to a group of herbicides known as the sulfonylureas. So far in New Zealand, about the only reported case of resistance to sulfonylureas has been to chlorsulfuron in chickweed biotypes in Southland cereal crops. However, there are now biotypes of giant buttercup resistant to flumetsulam (closely related to sulfonylureas) and thifensulfuron due to many years of treating phenoxy-resistant giant buttercup with flumetsulam.

A recent development has been the appearance of glyphosate resistance in New Zealand vineyards, with both perennial ryegrass and Italian ryegrass having become resistant in several different vineyards, mainly in Marlborough.  Some of these populations are also resistant to glufosinate and amitrole.

Other grass weed problems are beginning to develop resistance as well.  Wild oats has become resistant to fenoxaprop and haloxyfop in some Canterbury arable farms.  Perennial ryegrass is becoming resistant to a range of sulfonylurea herbicides in cereal crops. And both Italian ryegrass and annual poa are known to have developed resistance to haloxyfop after many successive applications of this herbicide.

A survey of arable farms during 2021 to test for resistant weeds uncovered a number of new cases.

An approximate time-line summary of published cases of herbicide resistance in New Zealand using resistance codes defined elsewhere on this site (using new mode of action codes with legacy old codes in brackets) and with some hyperlinks (on herbicide names) to publicly accessible reports on the cases is shown below:

More information on herbicide resistance elsewhere in the world can be found at www.weedscience.com.

Read about ways to manage herbicide resistance in New Zealand:

Some of the key members of the NZHRTF are: