In 2002-2003, a more informal process was adopted to update existing strategies and add new ones. A member of the NZ Plant Protection Society, Nicholas Martin, coordinated the updating of the strategies by the original or new authors and chemical companies commented on the draft strategies before they were finalised. The authors of the new or revised strategies are shown at the beginning of each strategy, and other significant contributors are acknowledged. 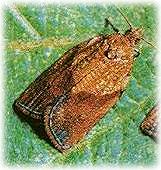 and for the general groups,